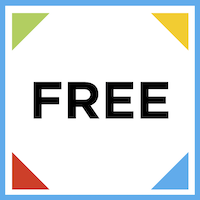 Please Note that the NABCEP Certification Exam is based on the 2017 NEC.

This material covers the 2014 NEC which may still be applicable in some states but most states have moved on to adopt either the 2017 or 2020 NEC.

Still, this information may be relevant and valuable if you are planning to sit for a NABCEP Certification exam so we have kept the content available as a self-serve course.

This course does not include any pre-approved NABCEP CEU credits.

This is a self-study, self-paced online course. You can begin instantly upon enrollment and complete the course materials at your own pace.

After enrolling, the course materials will remain in your account and be accessible 12 months (1 year) after enrollment. Access can be extended beyond 1 year with a monthly membership. Rewatch videos and review assignments as many times as you want. View updates the instructor makes to the course as the industry advances. Return to your course anytime with online access from anywhere in the world.

Certificates of Completion Available for Members Only

Certificates of completion are only provided to HeatSpring Membership subscribers. This course has not been approved by any credentialing organizations (NABCEP, AIA, USGBC etc) for Continuing Education Credits (CEUs). This course is for self education purposes only and completion does not indicate a level of professional expertise or credential.

Sean White was the 2014 Interstate Renewable Energy Council Trainer of the Year. He is an ISPQ Certified Solar PV Master Trainer and has authored several books on solar. He contributed to the development of the NABCEP PV Installation Professional Job Task Analysis and has been a member of the NABCEP PV Installation Professional Technical Committee. Sean is a...[more]

Please Note that the NABCEP Certification Exam is based on the 2017 NEC. This material covers the 2014 NEC which may still be applicable in some states. Also related to the NABCEP exam NABCEP may only have 1 question that would have a different answer based on the 2014 vs. 2017 NEC from what I have heard. The 2017 NEC question asked about the Rapid Shutdown array boundary. In the 2017 NEC it is 1 foot and in the 2014 NEC it was not defined as the array boundary, however it was 10 feet. Another thing that could be different is the temperature adder that was in the 2014 NEC for conduit over a rooftop in sunlight has been removed in the 2017 (& 2020) NEC. If you have time and are planning to sit for a NABCEP Certification exam, I would say to study this material, however some students get worried that they are studying the 2014 NEC when preparing for a 2017 NEC exam. I have even seen 2014 NEC questions on the NABCEP Inspector exam that was supposed to be 2017 based.

Pass the NABCEP PV Associate Exam guaranteed. Over 97% of our students pass, if you don't then retake the course and exam for free. Introductory training for contractors, electricians, and business professionals who want to enter the solar PV industry.

Energy storage systems (ESS) are booming and poised for strong growth. This is your chance to get access to highly technical and up to date information on the latest best practices for ESSs.

The 2017 NEC is here and the adoption cycle has begun. This course is jam-packed with 2017 NEC insight and interpretation. There are many changes in the 2017 NEC. Everything that you thought you knew about grounding has functionally changed.

LIVE from the 2021 NABCEP CE Conference in Knoxville, TN. HeatSpring is the exclusive provider of the PV Associate Training from the conference.

Photovoltaics and the 2020 NEC for NABCEP Credit

Bill Brooks and Sean White discuss the new 2020 NEC, 2017 NEC as well as Energy Storage. They published the book PV and the NEC, which was based on the 2017 NEC and are writing a 2020 NEC version.